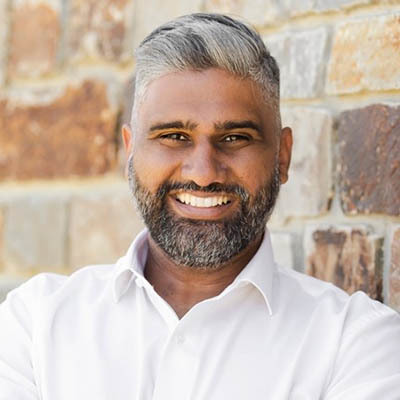 Question 1: What work experience do you have that’s relevant to the role of a Councillor and how do you feel the skills and perspective you have gained will help you in your role as a Councillor?

I have been a VP for the World Sikh Organization where I have advocated for human rights. I am a member of Edmonton's anti racism committee where I have been involved in the fight against racism. I am on the board of the Mennonite Centre for newcomers where I have helped newcomers to our city and country.

Question 2: What do you think are the biggest issues affecting your ward are, and how would you approach being their local representative?

The biggest issue is a lack of responsiveness to resident concerns by the current councillor. Public safety and the quality of public spaces are consistently some of the most critical issues in the ward.

Thy city needs to do more to provide adequate transportation options.

We should look to reduce property taxes but not by sacrificing city services. 40% of property taxes go to the province, and that is the portion that should be decreased.

Spending should increase at the same rate as population growth and inflation.

The city should have the same powers as the provincial government as we provide services closer to where people are.

The money should be saved and eventually spent on projects that create lasting value for the city.

Lower income folks need subsidies. All housing should be kept affordable by allowing the development of new housing units, and we need to especially get out of the way of high density developments.

We should focus on creating destiny, but if that fails to create enough units to match population growth, we should expand outwards.

It should be determined by market demand. It should be noted that density isn't an ideological goal--people want to have more housing options in areas with shorter commutes and abundant services. Restrictive zoning prevents these units from being built.

Yes, we need to look at more solar installations.

When we sign infrastructure contracts, there should be penalties for delays.

Question 13: The City has big plans to build multiple future LRT extensions, including the Valley Line West, the Metro Line Northwest, and the Capital Line South. Do you support further LRT expansion in the City or are there better ways to support transportation in the city? If, as a Councillor, you find out that - despite all the previous assurances from the City - there has in fact been another delay or cost overrun for a future LRT line, or for some other major capital project, what would you do?

I support these LRT expansions--we cannot become a great city with a high quality of life without them. When we sign infrastructure contracts, there should be penalties for delays.

I don't think either approach mentioned in the question is the best approach. When we create a city with a high quality of life, then business activity will follow.

We must focus on tackling systemic racism and building safer communities with community programming that will prevent crime.

Yes--this is not something that should happen in normal circumstances, but is necessary during the current crisis of full ICUs.

I agree with 40 km/hr. We must protect our citizens, especially children.

Our ward has sacrificed for the greater good of the city more than any other ward. It is time to correct this imbalance.