The impact was immediate, meaning that the mandate is now gone!

The voting record was as follows: 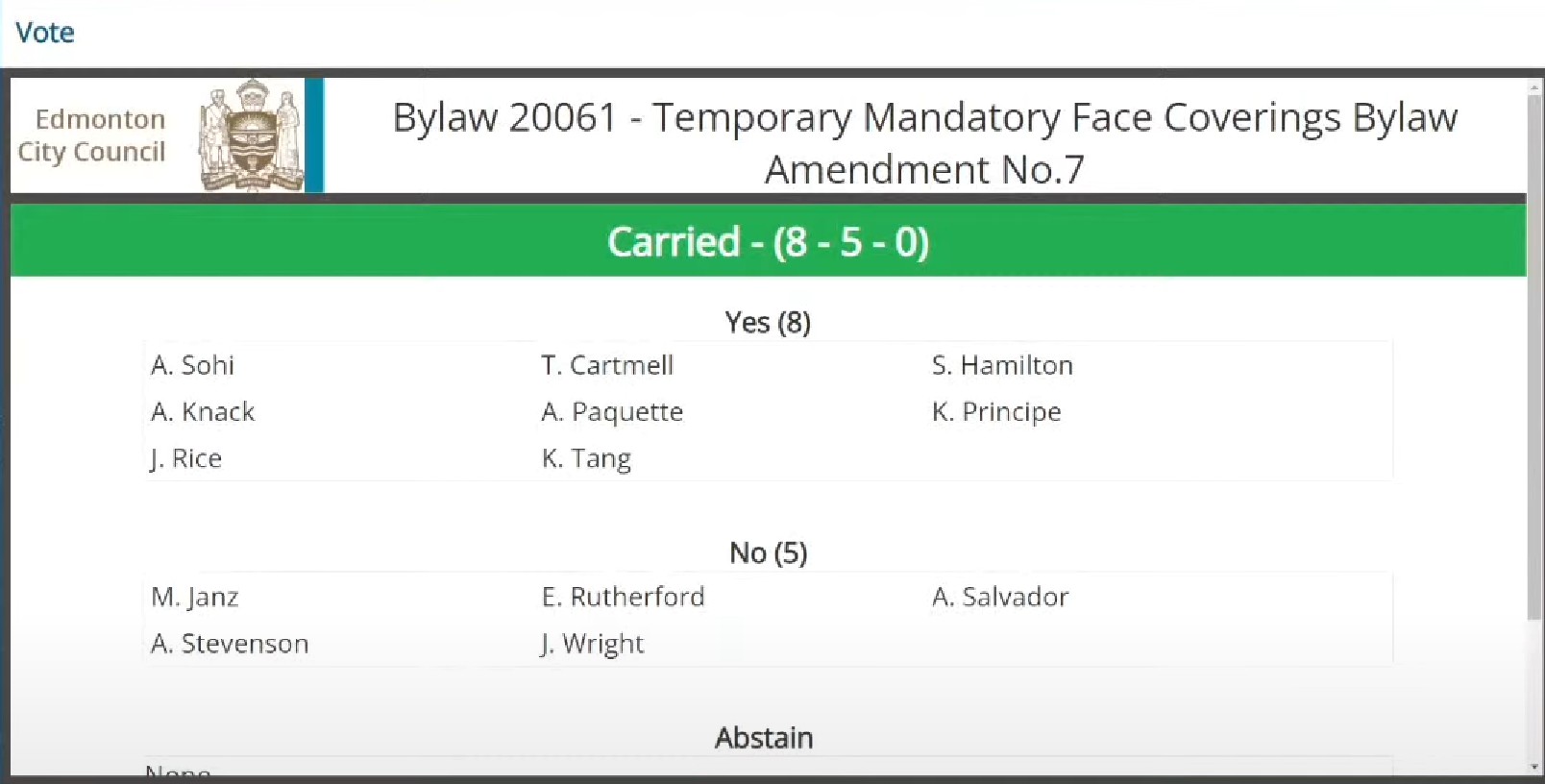 Thank you to those Councillors who voted for common sense!

There's also a lesson for us all in this debate, however.

Earlier in the meeting, Council received a presentation from City staff about the public survey that the City ran recently - that we encouraged you all to complete - asking Edmontonians their opinion on the mandate. 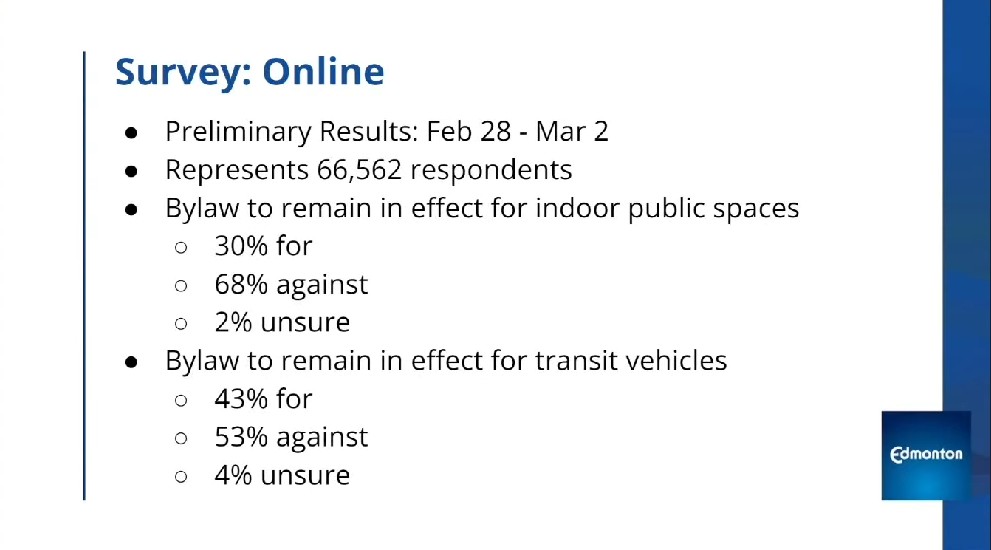 Listening in the debate at City Hall, it was clear that public opinion like this survey, and our petition that we ran against the mandate, have a real and noticeable impact on how Councillors think and vote.

Many Councillors noted how public opinion had swung against the mandate, and that this change had motivated them to action.

That should serve as a reminder for us all that the actions we take can have a real impact on politics and, here at Common Sense Edmonton, we look forward to continuing to work with you all to do exactly that!

This is just one of the dozens of issues we are currently following at City Hall, and we have some really interesting policy analysis ready to release for you soon.

If you'd like to support us and help us do more of this type of work, please consider making a donation to our efforts.