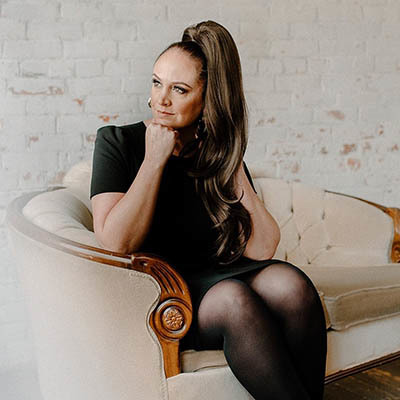 Hello Edmonton! My name is Diana Steele and I am running to be your next Mayor; the first female Metis Mayor.

I have been a steady community volunteer since I was a teenager and developed the understanding of the concept of giving back. Over the past 6 years I have dedicated myself to the community of Crestwood and surrounding areas. I am currently the President of Crestwood Community League, but have volunteered with the Festival of Trees, KidSport, Candy Cane Lane, created the nationally recognized fundraiser Soccer Balls for Syrians, and started a 50 person committee for grocery delivery to get food delivered to those quarantined or immunocompromised during covid. ​

Over the past 18 years I have run 3 of my own small businesses, taught business courses at NorQuest College and developed senior leadership policies for the Government of Alberta. Currently, I am enjoying my role with the Pilgrims Hospice, Edmonton’s first free standing residential hospice. I am also on contract with the Federal Government as a Designated Representative and I also substitute teach from time to time. ​

My education includes a Bachelor of Education, a Master’s Degree in Work, Organization and Leadership and a certificate in Organization Development Foundations from Queens University. ​

On a personal note, I am a mom to two boys; a pre-teen and a teen. When I have spare time, which admittedly isn't very often, you can probably find me shopping. I really miss spending time with friends and family at their homes or while supporting local business, but look forward to the days when we can all be together again.

Question 1: What work experience do you have that’s relevant to the role of Mayor and how do you feel the skills and perspective you have gained will help you in your role as Mayor?

I have an Education Degree and a Master's Degree in Leadership. I have owned 3 of my own small business. I worked at Norquest college for almost 10 years where I taught business courses and then I moved over to the GoA where I developed senior leadership policies for our Deputy Ministers. Currently, I work for the Pilgrims Hospice Society. In addition to my vast community volunteerism, I have been the President of Crestwood Community League for the past 7 years where I have been on the ground every day listening to the needs of Edmonton’s citizens. This is where I discovered my love for community volunteerism and servant leadership. Servant leaders believe in being true elected representatives of the people. It is not about electing me as the mayor, it is about giving a voice to all Edmontonians through me.

Question 2: What do you think are the biggest issues affecting Edmonton are, and how would you approach these issues as Mayor?

We need to solve houselessness, bring back safe injection sites, & build mental health supports. We need to rely on the social conscious of private industry to help us fund tiny houses. The city will offer wrap around supports and try to get these individuals back to a place where employment is a possibility.

To take care of the people. We don't do focus enough on that. We have a social crisis on our hands and instead of saying we cant get the funding from other gov levels we needed to find the money another way.

I believe they are too high.

We should spend less.

Perhaps a mix of the two is the right answer. A reserve account is necessary, but rebates to the taxpayers allows them to be active participants in a process that may directly affects them.

Subsidized housing is the answer in my opinion.

Yes, we need to diversify. What that looks like will rely on what experts tells us it should look like.

I am not familiar enough with the reasons to comment. If it is on the end of the contracted company I would ensure to issue heavy fines.

Question 13: The City has big plans to build multiple future LRT extensions, including the Valley Line West, the Metro Line Northwest, and the Capital Line South. Do you support further LRT expansion in the City or are there better ways to support transportation in the city? If, as Mayor, you find out that - despite all the previous assurances from the City - there has in fact been another delay or cost overrun for a future LRT line, or for some other major capital project, what would you do?

I would have liked to have seen a sky train or below ground train, but we are where we are. I am going to be micromanaging those projects and delays will not be tolerated. I will be inquiring about fines and whatever else is at our disposal

We need competitive tax rates. We also need to solve our homeless, drug and crime crises in order to entice business to operate here.

I would like to see us find the proper amount of funding for both the police and social services so they can both do the jobs we require them to do. Police Chief McFee has just had his contract extended until 2026 and he has stated he wants to start doing thigs differently. I am looking forward to chatting with him to find out exactly what that means.

I would like to see consistent speed limits. So either moving it al to 30km to align with school zones or all to 40km.

I will not tolerate preferential treatment of some areas over others.

I have no party affiliation at all. I will be supporting Andrew Knack in Nakota Isga becuse he has made an excellent councilor for the past 8 years and the new council can use his leadership.