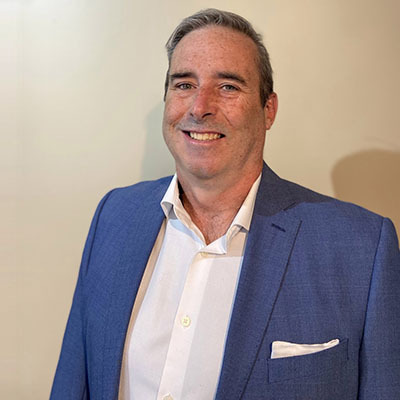 Jason Carter was born and raised in Edmonton with strong ties to the community. Attending high school and university in Edmonton. Working in and with the small business community through all the ups and downs we have seen in Edmonton over the last 30 yrs. He has managed companies through the good times and bad, learning the lessons about leadership and stewardship that help any group thrive and protect itself from market forces. He understands the lives of working people in Edmonton and over the years has employed hundreds of people. Open minded to new and better ways of doing things. His desire to make Edmonton a better city for everyone who lives here has been his mission in the private sector and his personal life. A different view of city management will be brought to Edmonton. Jason is not a bureaucrat or civil servant but a person who wants to get things done to improve the city for his family and yours.

Question 1: What work experience do you have that’s relevant to the role of a Councillor and how do you feel the skills and perspective you have gained will help you in your role as a Councillor?

I have worked in the manufacturing industry for 30 years, working at every level of the industry. For the last 15 years I have been in management positions. My customers and vendors have ranged in size from small local business to multinational corporations spanning the globe, regardless of size the ability to create relationships is key to success. As a GM I am tasked with every facet of multi-million dollar projects from the quoting and proposals through to completion. Staffing issues,budgets,quality control,sales all fall under my responsibility.

Question 2: What do you think are the biggest issues affecting your ward are, and how would you approach being their local representative?

Taxes, transportation and urban sprawl. I would freeze taxes. I would use smart technology to increase efficiency of the commuter routes out of south Edmonton. I would have higher expectations of new developments for the developers to build more of the needed infrastructure that new communities need. With the increased price of new developments the market would control urban sprawl.

The city does far too many things. The city has a core set of responsibilities, safety and policing, transportation and infrastructure, waste and water. The ultimate job of the city is to create the environment for individuals and business to thrive.

They are too high.

Ideally the spending should be reduced in absolute terms. With the complexity and opaqueness of the budgeting process I would need to have the full information to decide how and where to reduce spending but until that time all spending should be frozen at current levels.

The city has a spending problem not an income problem. It is possible that there is a fairer more efficient way for the city to get "our" money but only as a replacement not in addition to property taxes.

With the present efficiency of city administration it would cost more to rebate the money than it would be worth. I would put it to next years budget and reduce taxes going forward.

Edmonton has some of the cheapest housing for a major metro area in Canada. Low income housing is a provincial responsibility. The city should focus on allowing innovation in the free market to provide a variety of housing options.

If properly accounting for real long term costs of new developments is taken into account the market will decide how and where growth should take place.

I work in the oil and gas sector so obviously my views are biased. Beyond that I don't think its the cities job to diversify the economy. We should create the environment for business to thrive regardless of the industry. If global pressures lead to the shrinking of the oil and gas industry in Edmonton we need fertile ground for the growth of other sectors.

Bad project management from the city. I believe the city has become a bad customer to the construction industry and we are paying the price because we are not receiving the best bids from the most qualified vendors. I would prioritize value for money and contract review. "Lane rental" and late penalties should be strictly enforced to incentivize proper, realistic work schedules.

Question 13: The City has big plans to build multiple future LRT extensions, including the Valley Line West, the Metro Line Northwest, and the Capital Line South. Do you support further LRT expansion in the City or are there better ways to support transportation in the city? If, as a Councillor, you find out that - despite all the previous assurances from the City - there has in fact been another delay or cost overrun for a future LRT line, or for some other major capital project, what would you do?

I am not a supporter of future LRT expansion beyond what we are already contractually obligated to do. With proper over-site from the appropriate department the contracts should make the issue of cost over runs and late project the responsibility of the contractor.

Lower taxes for all businesses. It is not the role of the government to pick winners and losers in the economy. Attract business buy offering fair taxation levels combined with great infrastructure and the least red tape possible.

We should not reduce police funding for the reasons typically meant by "defund the police". If savings can be achieved they should always be on the table. I would propose a multi-agency unit to deal with the more difficult social issues that effect society. Meaningful civilian over-site should be in place to deal with any ongoing injustice that may exist within the EPS.

I am torn on this issue. I believe it is the right of an employer to set any job conditions they want within the law. I'm also a strong advocate for freedoms. In private business I totally think its an employers right but when it comes to any government telling people what the must do it gives me pause. That being said I am an advocate for both masks and vaccines.

I do not agree with the decision. Obviously I do not think it should be reduced further.

I would be transparent with both council and my constituents. I would attempt to educate my constituents that what is god for the city in the long run is good for them even if in this case we do not get the optimum outcome. In the end I must do what I believe is right as an Edmontonian, councilors are leaders as well as servants to their constituents.

I am not decided for mayor yet. I could work with any of them. Sohi may be easier to deal with on a personal level than Nickel but our ideologies are not in line. As my entire campaign says its time for non-career politicians to take the reins.