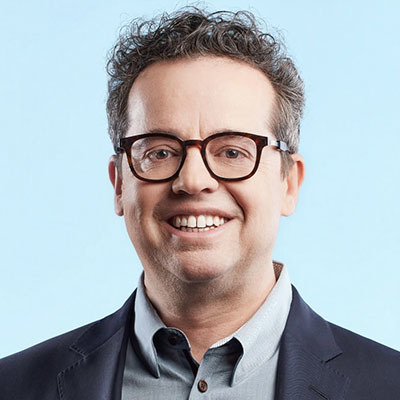 My family moved to Canada and settled in Edmonton when I was seven. This city has been home for me ever since, and I’ve always wanted to give back to a community that has given me so much. After more than 20 years building and leading enterprises, I know what it takes to run an organization, drive an economy, and rally a team towards big goals. I know the importance of building genuine, respectful relationships, setting priorities and being accountable.

I know City Hall from the inside - after four years as a Councillor - and the outside, as a business leader and member of the Community.

I have spent most of my life as a businessperson and entrepreneur, building businesses small and large. One of my first ventures was starting local institution Remedy Café, with the idea of creating a cafe that could serve as a community meeting space. In 1998, I co-founded the financial technology company now known as FIRMA Foreign Exchange. Today, FIRMA has global reach, employing 200 people, and operating offices in four countries, and an Edmonton head office. It has repeatedly been recognized as one of Canada’s Top 50 Best Managed Companies by the accounting firm Deloitte and one of Canada’s Best Employers. As the co-founder, I was also a winner of Ernst & Young’s Entrepreneur of the Year Award. Recently, I founded Blue Pen Capital, which assists access to capital for infill developers.

I have contributed to the Edmonton community through public service and volunteer work including previously serving on Edmonton City Council as the Councillor for sipiwiyiniwak (formerly known as Ward 5). While on Council, I spearheaded various initiatives, including Edmonton Made - an initiative to encourage Edmontonians to shop local, the OpenWindow program to streamline customer service for small businesses seeking permits from the City, and the Program and Service Review, a focused effort to find savings and efficiencies across all areas of city government. As a volunteer, I have coached hockey and I currently serve on the boards of the University Hospital Foundation and Business Link as well as mentor business people and their startups through the U of A’s Venture Mentoring Services.

Along with Alissia, my partner of over 25 years, I have two children, Jacob and Isabel who are both currently students in university, and a large adorable dog named Brix.