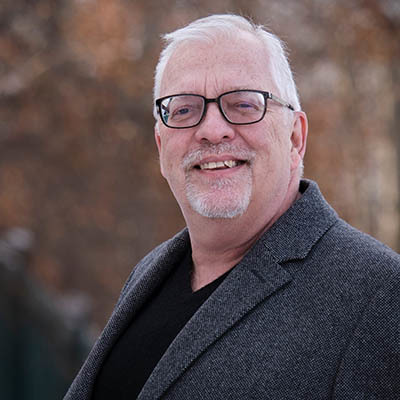 Scott Johnston moved to Edmonton for a radio job in the summer of 1982, for what he figured would be “five years, tops.”

He’s still here all these years later having wrapped up a career as a popular and respected journalist, including nearly three decades as senior reporter for 630 CHED, and Global News as City Hall Bureau Chief, while still covering sports and doing interviews on the station’s broadcasts of Oilers and CFL games.

Edmonton is a strong and vibrant city. Scott is now at a stage in his life where he can take all of the positive experiences he’s gained and use it to benefit the residents of Ipiihkoohkanipiaohtsi.

What has kept Scott grounded is his nearly 35 year marriage to his wife Janice as the couple raised their family in southwest Edmonton. With both of them being reporters, it led to some lively conversations at the dinner table. They’ve raised a smart and engaged daughter and are now excited about their first grandchild.

Over thirty years at City Hall, Scott gained great insights about decision-making in the city. He knows first-hand where problems exist and how they can be resolved. He’s also seen what approaches work well to build collaboration and get results, and how to avoid the pitfalls of trying to get projects done alone. Scott has a mindset of finding out what the problem is, determining the root of the problem and then working towards fixing it that he would apply at City Hall.

Scott is proud to say that he’s gained the respect of current and past city councillors and other community builders for his pragmatic and reasoned approach.

Over the years Scott has worked with 45 city councillors from the left, right and everything in-between. He earned the trust of all of them with his ability to listen and get the story right.

He used that approach volunteering with the Terwillegar Riverbend Area Council (TRAC) as well as his local community league.

Scott has deep roots in the community and wants to leverage knowledge of Southwest Edmonton and City Hall to be a true advocate for residents, championing fiscal restraint, support for our businesses and standing up for the issues that matter most to our communities, like getting garbage collection and weed maintenance done right.

He hopes to earn your vote on election day, and put his experience to work for you.